Debouncing is a method of preventing a function from being invoked too often, and instead waiting a certain amount of time until it was last called before invoking it. A great example of where this is useful is an auto-completing input field that calls an API with the partial input to get a list possible complete inputs. 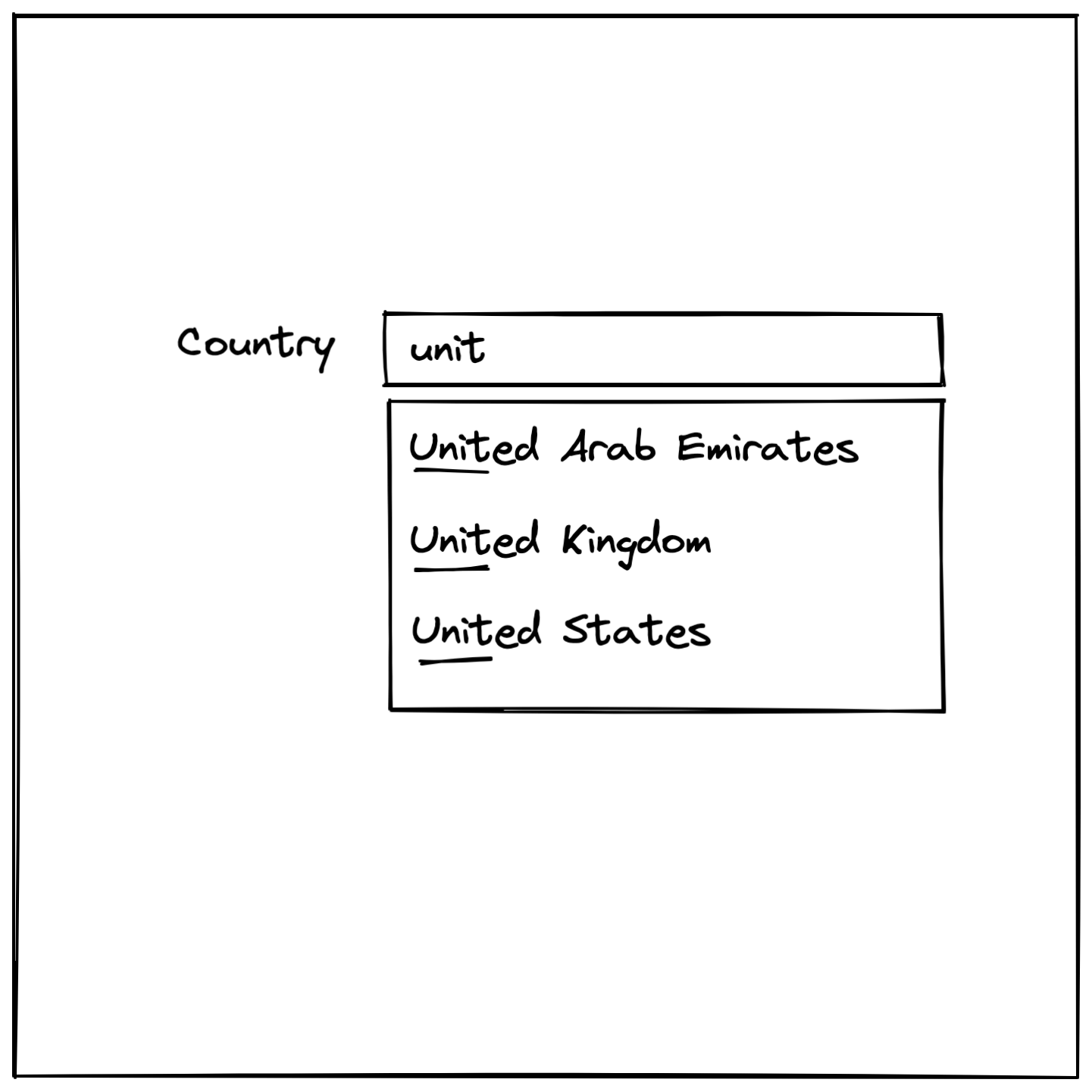 In the example above, without debouncing, the API would be called when the user presses 'u' and return every country beginning with 'u'. However, the user would probably have already typed 'n' and 'i' before the server responds, and would naively try to make another two requests. As the responses come in, the list of suggestions below the input would quickly flash between different lists.

In our 'Country' input above, with a debounced API request we would not see a request being made until the user stopped typing, making for a much smoother user experience. You should implement a 'debounce' function that accepts a callback and an interval, and returns a debounced version of the callback.

In the example above, the calls at 0ms and 100ms should be debounced, meaning they will not fire the console.log due to a subsequent call within 1000ms, resetting the debounce interval. The calls at 500ms, 2000ms, and 4000ms should result in a console.log, since more than 1000ms passes after the call without another invocation.